if you have a laptop or PC and have a bookmark bar how often does it just disappear on you? i mean, just poof, gone? probably never, unless switching browsers or you're messing around in settings...somehow some way this is a VERY common occurrence for edward who will admit to doing nothing...."it just was gone"...so we get to today...

since there's really no point, aside from letting the dogs out, i got out of bed at 10:30...saw a missed call from eddie at 10:10 but no VM...i let dogs out, feed cats, get coffee in me and figure i'll call him back after 2nd cup of coffee....i had JUST finished my 1st cup of coffee and grinch ring tone of doom...

yeah?
did you get my call from earlier?
i didn't get up til 10:30 and wanted to finish my coffee, i am about to start my second cup
are you going anywhere today?
no, why?
my computer is fucked up
jfc
it was worse, but i got the bottom bar back, but the bookmarks are gone again
how do you keep doing that?
i didn't do anything, it was just gone
you did something
maybe something updated
no
how do i get it back?
well you probably got rid of this too, but do you have file, edit, view up in the left corner?
no, were they there?
yes, i put them there the LAST TIME you did this a couple months ago
it's gone
hit the ALT button
okay
did you hit it?
yes
do you have options in the upper left?
yes
go to view, then toolbars, then menu
view, toolbars, menu
okay, is that stuff still there?
yes
go to view, then toolbars, then bookmarks
view, toolbars, bookmarks TIA!
WHAT?! [seriously fearing wtf now]
THANK YOU!
Oh wow, that's a pleasant change and a surprise ending

This'll repeat in a view months...who am I kidding, next month....

This has given me life! Right to their faces "I don't care". More people need that attitude and tell the truth!

...I play a sad game called in the future when all's well.

I think I'm gonna get that tattooed on my arm. Yeah, I've spent the last several months becoming quite the Morrissey fan in a lyrically relatable way. I'd probably say other times that's a cry for help; but at this point, it's a companion to horrible depression. So instead of trying to cheer myself up, I'm just for once fully embracing it and seeing where it takes me. People shouldn't always be autobots on 'happy worker bee' mode and should be able to FEEL.

So, um, an experiment? 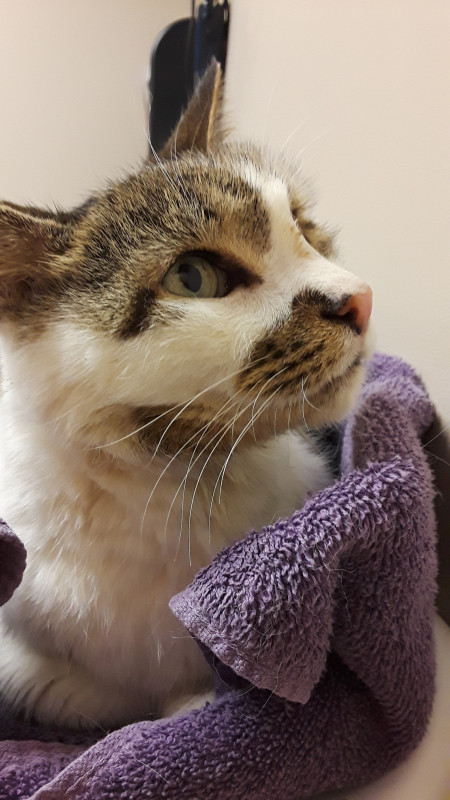 Oreo only liked profile shots. Every time I'd try to take a pix of him straight on, he'd turn to the side. Okay, fine, we'll only do profile shots. This, obviously, was taken at a previous vet visit. He was diagnosed with kidney failure 3 weeks ago and was doing good until the past couple days and then today just, well, he just deteriorated quickly. So he's with his brothers and half-sister who previously passed, Minnow, Chocolate, and Mabuse, and his other kitty friends.

I got Oreo when Tammy and family moved to California, in 2008 I believe.

Oreo had the most beautiful eyes and was extremely mellow. I don't ever recall him getting in a tiff with the other cats about anything. He just inhibited his own little world and got along with everyone, cats and dogs.

I'm usually pretty composed when these 'not going to end well' vet visits occur, but when the tech walked out to the car with me as they were carrying the carrier and I was carrying Oreo (is there anything worse than leaving the vet with an empty carrier?) and I put him in the passenger seat (they have appropriate at home burial I can't recall what they're called biodegradable containers), and yeah, I had to sit in the car in the parking lot for a bit til I stopped crying enough to drive home.

Oreo was 14 and he seemed content with his life until recently. He left painlessly and with love. All things must pass.

Minnow passed away yesterday. He had a sudden illness and there was nothing to do except ensure he went peacefully and painlessly. Minnow is by his buddy Mortimore now. His sister Melon is definitely missing him today.

These pics are from a prior vet visit. Minnow had anxiety issues and didn't like his photo taken, even at home. When he was at the vet, he liked to be covered with a calming towel, because then he wasn't there. He was a very handsome good boy. 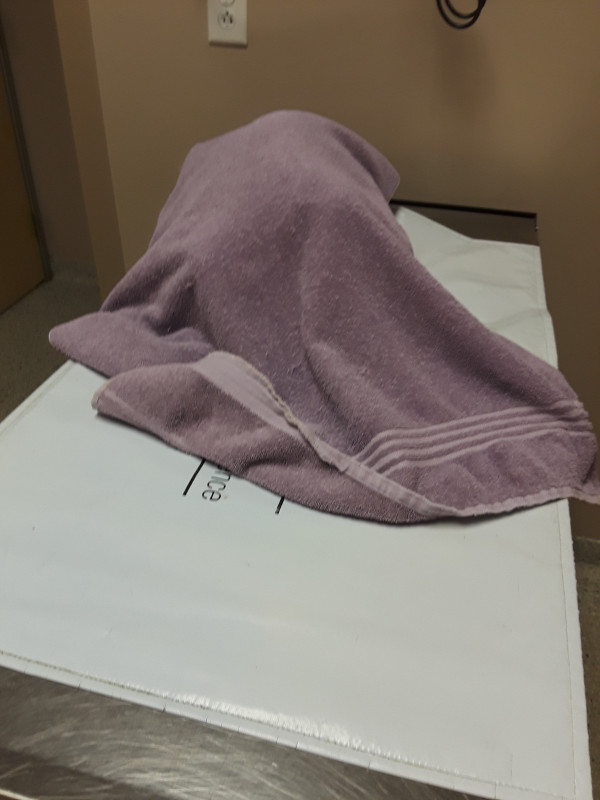 Yesterday morning Goodyear Blimp tweeted that Wingfoot Two would be arriving home around 2:30pm. So I got there a little past 1:30pm. Lest you laugh at that, there were people already there. Wingfoot Two arrived around 2:10pm. My batteries were dying when they were landing, as you can tell. But I got them arriving, hovering over us, and flying backwards.

Quick battery change and they're attaching her to the mast. I find that interesting.

Wingfoot Two is the closest they've ever had a blimp to the observation area. There will be a hood kid field trip out there soon, as they want to see the blimps on the ground. 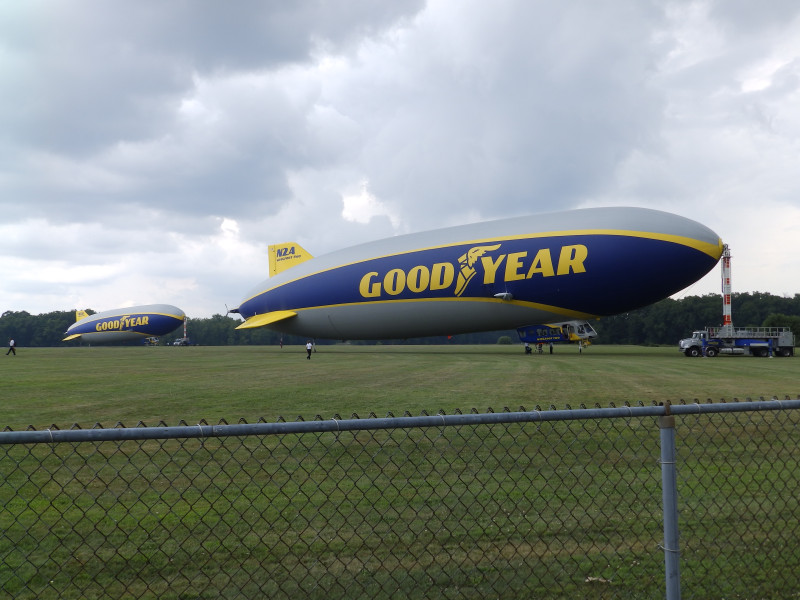 Cherry on top of an awesome day, getting retweeted by the Goodyear Blimp! Nope, it doesn't take much! 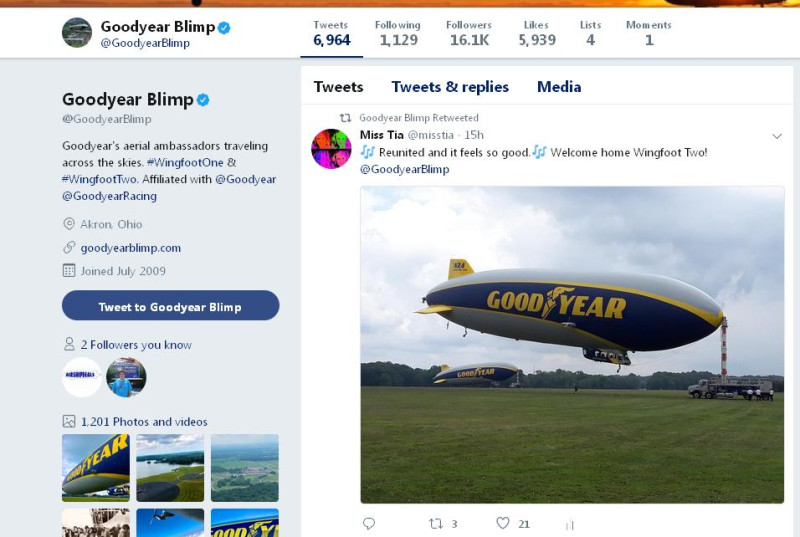 Yesterday Wingfoot One ssssssllllllllloooooooooowwwwwwwwwwlllllllllllyyyyyyyyyyy went over my front yard. They were low enough I could hear the propellers too! Wingfoot Two is now in Indianapolis. CLOSER!! One of these lights up the sky and brightens your day. The other is the sun.

Wingfoot One over the dead end of Robinette, flying quite low. And yeah, I noticed it looks like the sun is giving the finger. Probably upset cuz the blimp outshines it! 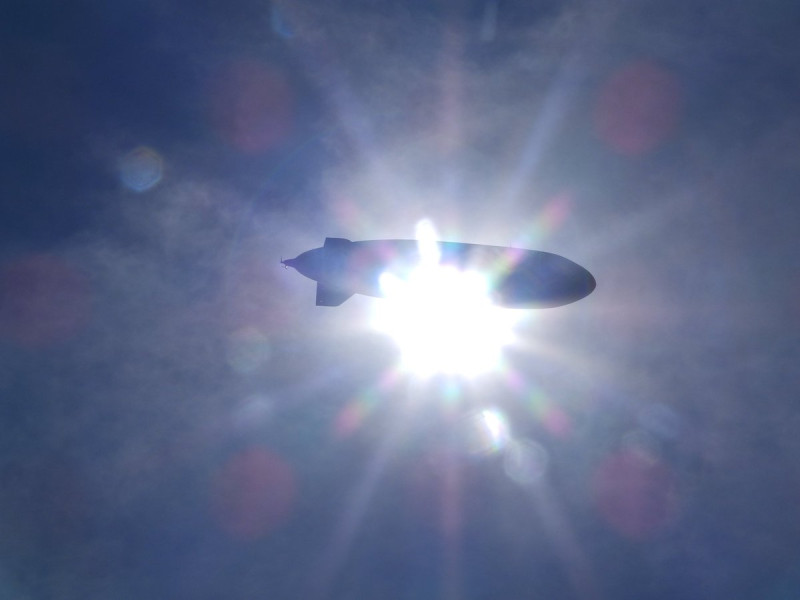 Wingfoot 2 is coming back for maintenance as their inflatable hangar isn't apparently doing the trick out there in California.